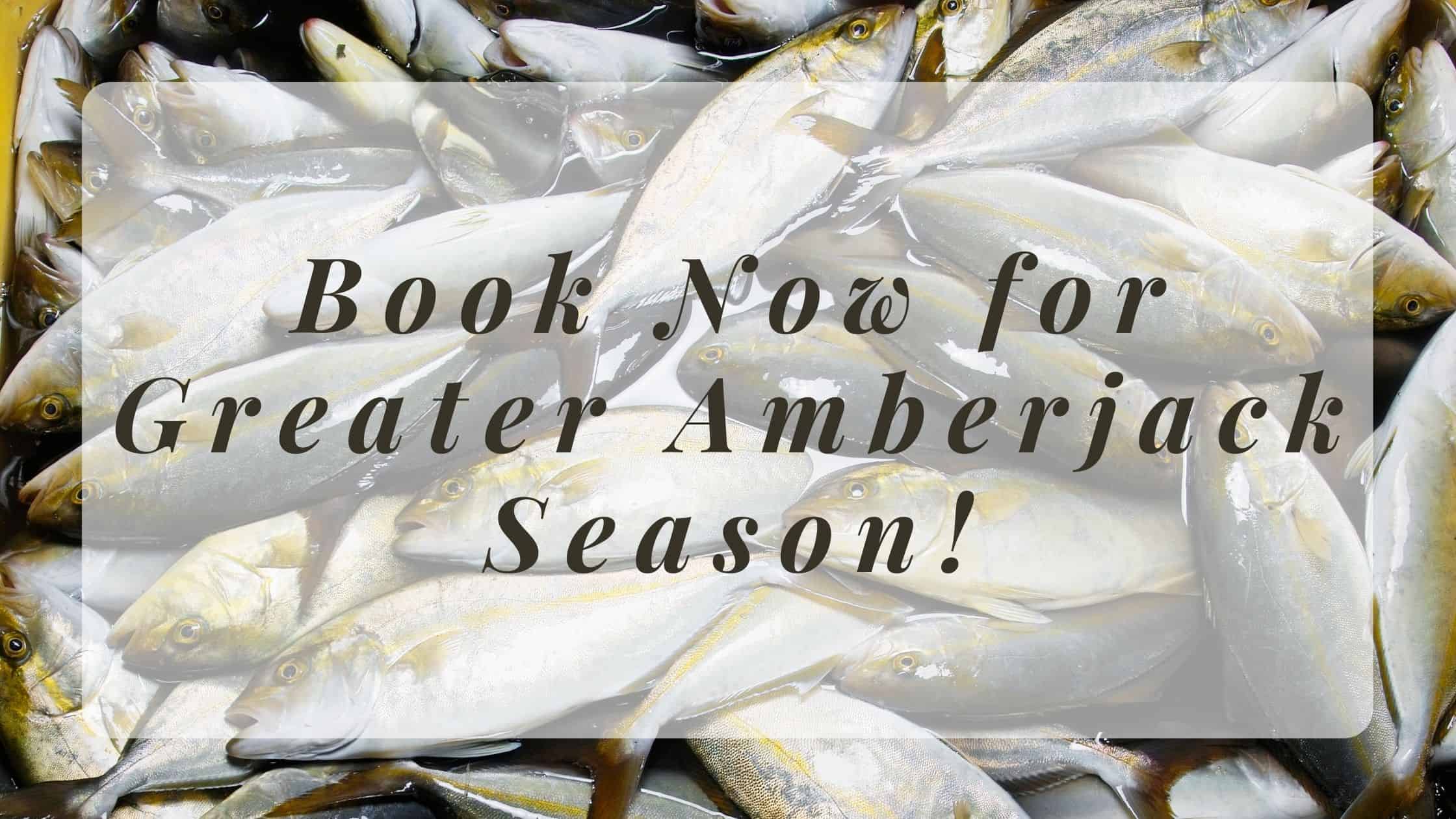 May is upon us, which is the first of the two Greater Amberjack seasons of the year. If you’re heading out this month, good for you! It’s also peak pelagic season, so if you book a longer run you’ll have the opportunity not only to keep the Amberjack you catch, but also get some of the best Blackfin, Wahoo, and African pompano of the year if you book one of our longer trips.

Amberjack is a predator, eating everything from fish to squid and crustaceans. Their reproduction season is late spring to early summer, which is why we give them a break for most of that time. They breed at about 4 years old, usually laying eggs in shipwrecks or other apparatuses that provide some safety.

Amberjack is a good eating fish. While not as coveted as the Blackfin or Wahoo, they’re definitely a high-quality meal, and one fish goes a long way. You’ll get plenty of groceries out of a day at sea. The fish tends to be around 40 lbs, but can grow up to 80 or even 100 on the larger side. We usually find them around reefs, wrecks and other debris, at about 20 to 75 meter depths, and we go after them with both jigs and live bait.

They’re in gulf waters all year, but the season is limited so they can reproduce, with a catch limit of one per person per day. In addition to being some of the best fighting fish in the Gulf, they’re huge, which is part of what makes for such a good fight. You’re in for a helluva workout when you hook an Amberjack!

While you’re planning ahead for the fall season, you might want to book a trip during the summer months, as well. The NOAA just released the for-hire Red Snapper season, which is going to be June 1 – Aug 3. Red Snapper is one of the prettiest fish around, with its gorgeous red tint and classical proportions. They’re a good fighting fish, and the meat is a delicacy whether raw or cooked. A lot of the “Red Snapper” you see on restaurant menus is actually a similar species of fish, imported from distant oceans. This is your chance to catch the real deal!

Gag Grouper is also opening up June 1, and will stay open until the end of the year. These are also a delicious fish you don’t want to miss out on. Also good fighters, they are typically under 40 lbs but have reached 80 lbs on record.

You can expect to catch these fish on one of our shorter trips, though the further out we go, the bigger they get. Whether you want to book a day trip or an overnighter, we can help you get what you’re after. Call today and set up your Gulf fishing trips for summer and fall with Bad Habit Sportfishing Charters!